Rec Room Partner Chris Ring says the Buffalo Bills' successful season so far has contributed to the popularity of the Bills Block Party, hosted by bars and restaurants along West Chippewa Street during the football games. The parties became a way for Rec Room and its neighbors, Soho Buffalo, 67 West, Local Kitchen & Beer Bar, Buffalo Taphouse, and Bottoms Up, to recover from business lost during the pandemic when they were forced to close for long stretches. SUNY Buffalo State Economics Professor Fred Floss says that business is especially good during winning seasons as more out-of-town fans come into the area and spend money at local attractions. Bills Block Parties  are scheduled for Nov. 14 and Dec. 26. By Evan DiPasquale, Michaela Frazier and Danielle Stiegler

Posted by Bengal News Editor at 11:32 AM

Halloween celebrations planned for the West Side 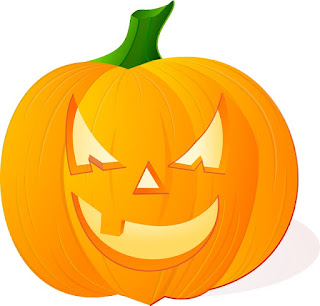 Halloween is a go this year for residents on the West Side.

The Belle Center is having its annual Harvest Festival at 10 a.m., Oct. 23 at its Saturday Academy located at D’Youville Porter Campus School, 255 Porter Ave.

The event is free and open to the public. Families can enjoy arts and crafts, pumpkin decorating, and a drone operating class.  Kids are encouraged to wear their costumes. The Erie County Society for the Prevention of Cruelty to Animals will also be there with furry friends for the children to interact with. Masks are required.

PUSH Buffalo is keeping the Halloween spirit alive with a “Trunk or Treat” event from 4-7 p.m., Oct. 28 in the parking lot at 429 Plymouth Ave.

A trunk or treat is an interactive event where guests can drive or walk up to cars where volunteers will be dressed in costumes handing out treats. There will also be live music, snacks, refreshments, and games. Prizes for best costume, and best trunk decorations will also be given out.

“It will be a small gathering and outreach to bring the communities together,” said Tyrell Ford, street team manager at PUSH Buffalo.

Costumes are encouraged.  Masks are required and social distancing is suggested.

West Side Community Services, 161 Vermont St, is hosting a “Crazy Hat” party for seniors on Oct. 27.  There will be prizes for those who have the best hat, and then guests can enjoy a screening of the movie “Young Frankenstein." The event will start at 11 a.m.  Lunch will be provided, and there will be light snacks and refreshments as well.  Masks are required upon entry into the building.   By Angelea Preston and Jillian Kasmore

Posted by Bengal News Editor at 7:53 AM

Statue of immigrant family in works for Prospect Park

The pedestal at Prospect Park where a statue of Christopher Columbus once stood remains bare after being removed in July 2020.

The removal was done by the Federation of Italian Americans after several Columbus statues were vandalized across the country due to the controversial history surrounding Columbus, specifically his treatment of indigenous people. Niagara district Councilmember David Rivera whose district includes the park said there were a series of meetings that happened after the statue’s removal that involved the residents of Niagara district and members of the federation to decide what should replace the statue.  Judge Frank Caruso of New York Supreme Court 8th Judicial District and chairman member of the federation said the new monument will depict an Italian immigrant family. Caruso said the new monument would be erected next year. By Jillian Kasmore and Angelea Preston

Posted by Bengal News Editor at 3:00 AM

Queen Laylah Love performs for the crowd at Breezy Burrito Bar during the Easy Breezy Fetch Drag Brunch on Oct. 3. Breezy Burrito Bar,1000 Elmwood Ave., embraces the LGBTQ community by hosting a drag brunch for people to come and admire the queens. This interactive event has four queens dressed in costumes dancing around the bar and entertaining the crowd. Breezy Burrito is the latest Buffalo bars and restaurants to host the popular event, one of the recent developments recognizing the LGBTQ community in the city. “I love being part of change. I feel like I am part of a Drag Renaissance,” Love said. Breezy Burrito Bar plans to continue having the Drag Brunch as a reoccurring event. By Evan DiPasquale, Michaela Frazier and Danielle Stiegler

Fans are cheering, players are face to face, the whistle blows, and the ball is kicked off.

High school football is back in action on the West Side. After a long break due to COVID-19, high schools on the are able to have their fans in the stands and players on the field. However, the time off has affected the teams and how games are carried out from now on. Football season usually starts in the beginning of the school year, but for many teams it started in the spring.

Two teams that were affected were the Hutch Tech Engineers and the Canisius Crusaders.

Hutch Tech took a break from football until the first game on April 3, and it had a big impact on all athletes. The players were not only affected mentally, but also physically due to the pandemic. Gyms were closed, and students did not have the resources they needed to maintain their athletic physique.

Coaches are working overtime to make sure their team is back to its full potential. They are able to have a full practice and players are able to use the to use the weight room at school to make up for out of shape players.

“A lot of kids that normally would train with us didn’t necessarily train with the team this time around. They weren’t in as game shape as they should be because the team lacked chemistry. They knew the plays, but they didn’t know how to play with each other,” Engineers Head Coach Tony Truilizio said.

COVID-19 is still a concern at big gatherings like high school football. Protocols need to be followed to make sure fans and the teams are safe. For public schools like Hutchinson Technical,  there are guidelines that still have to be followed. Public schools are mandated by the state to follow the COVID restrictions: symptom check questionnaires, temperature on arrival, and social distancing in the stands. Masks are not required but encouraged.

“If there is a positive COVID-19 test I’ve been instructed to notify my principal and the athletic department once I’ve been notified,” Truilizio said.

Truilizio said that he is grateful his players are respectful and considerate when it comes to doing what they can to prevent contracting the virus. He has not had a COVID-19 case yet on his team.  His players know that if they do not feel well, they should stay home to protect the rest of the team.

Canisius is ranked No. 1 in New York State, according to MaxPreps. Bryce Hopkins, associate head coach of Canisius said that last season was a frustrating.

Due to COVID-19 teams couldn’t play games and that meant a lot of students couldn’t be scouted, obtain scholarships, or get offers from other colleges. This hurt the players as the National Signing Day was in February, and the Crusaders wouldn’t play until March, which limited the time scouts would get to see the games. Many students at Canisius lost their chance at different dreams, schools, and lives.

Not only did football have to be moved to the spring, which would completely change the season's schedule, but Canisius’ season was cut in half. The team played both St. Joes and St . Francis twice, as well a game against Iona Prep in New Rochelle, NY.

During their season Canisius had to pause their season due to a positive COVID test. In Erie County, it is mandatory that teams with more than one positive case must take a break in the season. Like any team, it hurt them because the athletes couldn’t practice or play in games. The school really makes sure that all their students stay safe.

“We distance in our team meetings; we generally break our meetings up into positions group which allows us to have smaller indoor compacities in rooms.” Hopkins said.

To ensure that the team wouldn’t have more outbreaks, Hopkins said that he often talks to his players and making sure they are being responsible. Coaches of the Crusaders have also encouraged the athletes to get vaccinated, but vaccination is not required to play.

Posted by Bengal News Editor at 10:16 AM 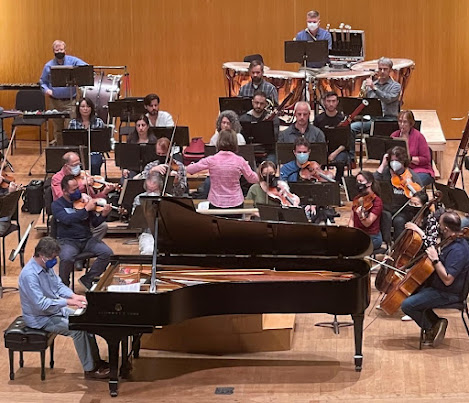 Pianist Fabio Bidini wears a mask alongside Conductor JoAnn Falletta and members of the Buffalo Philharmonic Orchestra during rehearsals in preparation for opening night at Kleinhans Music Hall on Sept. 25.

Kleinhans, 3 Symphony Circle, began implementing COVID-19 protocols on Sept. 11 that require any guests, volunteers, or anyone else who enters the building to wear face masks, have proof of vaccination, or a negative COVID-19 test. The protocols are expected to last until Oct. 30.

Patrick O’Herron, director of marketing at Kleinhans, said the BPO is committed to the safety of its musicians, staff, volunteers, and audiences.

“We are trying to make this a safe place, and make people feel as comfortable as possible to return,” O’Herron said.

The BPO has been following New York Forward guidelines and working closely with local and state health officials including a group of doctors from the University at Buffalo medical school.  The doctors conducted a series of air quality studies at Kleinhans.

“We have outfitted Kleinhans with the MERV-13 air filtration system, hands free ticket scanning, and hand sanitization stations throughout the hall,” O’Herron said.

Other West Side theaters have established similar protocols:

AlleywayTheatre  requires proof of vaccination for all audience members, staff, volunteers, and guests.

The Kavinoky Theatre requires its patrons to have proof of vaccination upon entry, or a negative COVID test within 48 hours if unvaccinated.

For Ujima Company, all guests will need to be vaccinated, and must show proof of vaccination at their time of entry.  Exceptions include guests under the age of 16, or those who need reasonable accommodations due to a disability, medical reason approved by a doctor, or religious belief.

Beginning Oct. 28, Shea’s Performing Arts Center will require all guests to be vaccinated for entry for performances at all three locations, while children under 12 will be allowed entry with adults who meet vaccination requirements. By Jillian Kasmore and Angelea Preston

Posted by Bengal News Editor at 8:55 AM