In an ideal world, workplaces would not be unfair. Each person would be treated with respect along with equal pay. There wouldn’t be one boss who yells at their staff. Everyone would be the boss.

Co-operation Buffalo has hopes for the city to hop on board with the Worker Co-op Jumpstart Webinar.

“The webinar is about four hours long and is for anyone interested in starting a worker co-op or wanting to be a part of one,” Michael Heubusch said, a cooperative development specialist for Co-operation Buffalo.

Heubusch said the event will dig into both the business aspect of a worker co-op, along with the value side of it.

That includes anti oppressiveness and how to handle conflict in an emotionally mature way. This tends to be an issue in many businesses that aren’t co-ops because there is typically one owner and several staff members who feel that they have been underpaid or taken advantage of.

With a co-op, everyone is an owner, which leads to a less competitive workplace, Heubusch said.

“We just want folks to leave with a better understanding of what the current economic landscape is, how co-ops fit into that landscape, how to start one up and then how to maintain it,” Heubusch said.

The non-profit organization, began in 2014 created by Andrew Delmonty, the program director. Heubusch and Delmonty were the only two full time employees at the time.

Their mission? Providing guidance to beginner co-ops and financially helping businesses without the fear of paying back hefty loans.

Co-operation Buffalo is a member of Seed Commons, a national network that provides non-extractive loan-funds to small businesses.

According to Co-operation Buffalo’s website, a must pass through the following to be accountable:

-       Democratize wealth and the workplace.

-       Relocalize most production and consumption.

-       Retain and restore cultures and traditions.

At this time Co-operation Buffalo is still in the start-up phase, and a major project in the books.

“Co-operation Buffalo helped us to create our new business model, shepherded us through changes to our decision-making processes which included giving all employees a voice, and stood by us through the entire transformation,” DiMuro-Wilber said.

Posted by Bengal News Editor at 10:09 AM

With spring fading and summer quickly approaching, it’s the time of the year where favorite fruits and vegetables make their return. West Side Tilth Farm is working extensively to deliver the freshest produce to the West Side community. 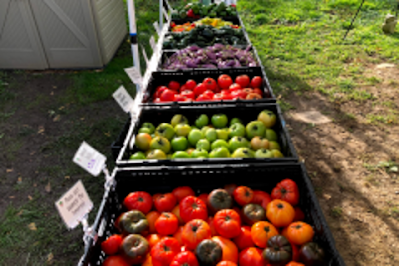 The farm, 246 Normal Ave., provides naturally, organically grown produce using sustainable sources. The farm believes in using minimal technology, with most work being done by small hand- or battery-operated tools. Twenty-six solar panels have been installed to drive the power behind the farm. These solar panels help power the cooler, greenhouse fans, and charge the tools used in the field.

West Side Tilth is committed to using organic growing practices for its produce. All soil is imported and placed atop a geotextile barrier, which prevents the migration of possible contaminants. Implementing techniques like crop rotation and protected culture mitigate the spread of disease.

West Side Tilth Farm grows everything from carrots to tulips. Everything is grown according to the season, as well as being fertilized naturally, owner Carrie Nader said.

West Side Tilth has sought to make fresh produce more accessible to the city. The farm works with local businesses to sell its products. Businesses like Shop Craft, Wild Things, Marble and Rye, Butter Block, and The Farm Shop all sell produce from West Side Tilth.

Shelley Isaacs from The Farm Shop, 235 Lexington Ave., said there is a mutually beneficial relationship between them and West Side Tilth Farm.

“They’re great. We support each other, even on social media,” Isaacs said.

The Farm Shop sells nearly all of West Side Tilth’s produce. Right now, onions, tulips, and lettuce are popular.

The farm has been providing fresh produce to the West Side since 2017. They are known for their annual farmers market held in the summer season. The farmers market will be open this summer from July to November. The market will be open every Saturday from 10 a.m. to 3 p.m.  where West Side Tilth and other local vendors will be selling products. West Side Tilth will be selling its produce and handmade pizzas. The pizzas are made with a slow-fermented crust and topped with the farm’s very own vegetables.

Despite preparing for a busy summer season, Nader acknowledges that the COVID-19 pandemic has affected the farm.

“The hardest part was not knowing what to expect. It was a lot of ‘what if’ planning.” Nader said.

West Side Tilth is a unique farm aside from its sustainable sourcing. The farm accepts payment from those apart of the Supplemental Nutrition Assistance Program, or SNAP, and Farmers Market Nutrition Checks. These are both national programs that have been established to help people afford fresh, healthy food.

“It’s great to have fresh produce in any urban environment. They’re giving these people access to healthy food.” Isaacs said.

Though the farm is not open to the public, West Side Tilth hosts several special events throughout the year.

Posted by Bengal News Editor at 9:00 AM

Salons up and down Elmwood Avenue are continuing to embrace the changes being made in the wake of a global pandemic, all while trying to maintain some amount of normalcy. Getting your hair done is an experience that not only brightens your day, but it also offers a safe place to let go of the stresses that plague our everyday life. As places around the country have begun to open their doors for service again, salons have been forced to operate much differently than ever before seen but nonetheless still with the same charm and relaxation tactics that were so loved before the global pandemic. 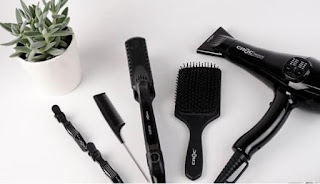 At Studio 806 on 806 Elmwood Ave., plastic barriers separate stations and a limited number of customers are allowed in at a time. Stylist Sierra Manne, who has been with the salon for two years, said that recovering from the second shutdown was the hardest part of this year.

“I lost a lot of my clientele after the second shut down. People are simply too scared to even still get their hair done. There is only so much I can do to creatively build my clientele back up, it all depends on if people feel safe or not,” she said.

Studio 806 joined salons across the state in taking a number of precautions in order to maintain cleanliness and protect their clientele in order to make sure that people feel safe, but still for some, even that is not enough.

Salon owner  Sally Lococo from Kallista For Hair on 721 Elmwood Ave. said returning to normalcy is a dream that she is looking forward to everyday while at the salon.

“I am looking forward to getting back to normal, especially having a normal amount of people in the salon. We have taken a pretty big hit since we only take one person at a time. It is also difficult when people come on to wear a mask, because it’s hard to tell exactly what someone is going to look like with a new hairstyle,” she said.

For most salon professionals, doing hair is a very personal experience, and the lack of interaction has become increasingly more difficult.

For eyelash technician Bella Formanski at Studio 806, she shares empathy with the stylists as her experience is very similar.

“When I do people’s eyelash extensions, it’s only us in the room so it is pretty cautionary. Formanski said. “But it also is very isolating as I am not used to it being like that. While people are wearing masks, it’s important that they stay above the nose even throughout the entire eyelash extension process which can sometimes be difficult. But, the hardest part, like I said before, is the isolation.”

Salon professionals have spent the better part of this year trying to recover from major losses in income as well as a loss of consistent clientele.

The increase in people getting vaccinated has been the saving hope for many salon professionals, as they begin to see the light at the end of the tunnel after a hard and trying year.

Posted by Bengal News Editor at 5:58 AM