Front Park awaiting a blast from the past

It has been nearly 150 years since the end of the Civil War, but remnants of the war can be found in the most unlikely of places.

The Buffalo Olmsted Parks Conservancy experienced this very phenomenon in 2013 when it stumbled upon two Civil War cannons in a field near the South Park lift bridge.
“When they were discovered we immediately thought about being able to restore them and return them to Front Park where we knew they had been from the photographs we have,” said Tony James, park architect for the conservancy.
The two cannons, known as Parrott Rifles, were originally part of a set of six located at Front Park. A photograph in the conservancy’s archives dates the cannons to the park before 1897.
After their re-discovery in the fall of 2013, the two surviving cannons were shipped to Cannons Online in New Windsor, Md.,   and were restored to their original condition.
The base that holds and transports the cannons, known as the carriage, had to be fabricated by Steen Cannons in Ashland, Ky.,   since they did not survive the years.
Both the cannons and carriages remain in storage locations, awaiting good weather.
“We have poured new concrete foundations for them ,” said James. “We do not have a particular date in mind, but they will be celebrated with a dedication sometime in the near future.”
According to an April 1938 article from the Buffalo News, the cannons were sold for scrap money during an auction held by the Buffalo Common Council. The council deemed the cannons, along with 200 cannonballs, “junk”, and sold the relics to nine different metal companies throughout the city.
The cannons, which weighed 6,700 pounds each, were sold at $7 a ton, the cannonballs at $9 a ton. By Sean Brock and Ally Rotundo
Posted by Bengal News Editor at 1:22 PM 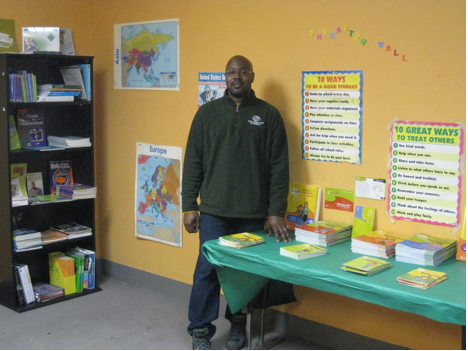 A high demand West Side housing project that will provide sustainable housing is being delayed due to this year’s harsh winter conditions.
The People United for Sustainable Housing (PUSH) is beginning its latest project called the Massachusetts Avenue Sustainable Housing.  The project involves the rehabilitation and new construction of five apartment units in three locations. The goal is to bring high quality rental space at an affordable rate to the community.

PUSH organizers are implementing a community benefits agreement  with a local general contractor, Savarino Construction Co. The agreement between PUSH and Savarino will require the use of target-hiring strategies to employ laborers from the West Side.  Three laborers already have been recruited for their services and in return will be paid a reasonable living wage.
Due to the high demand of these properties, there is a rental waiting list.  Applications are available in three languages: English, Spanish, and Burmese.  Paper applications are available at 271 Grant St. and 456 Massachusetts Ave.  Online forms and more information can be found at pushbuffalo.org.
A groundbreaking ceremony was held on March 3 at 99 Chenango St., one of the three locations that are going to be rehabilitated. By Jamie Hall, Kamesha Jones and Jazmina Rivera
Posted by Bengal News Editor at 8:10 AM

The New York State Department of Environmental Conservation has discovered a number of contaminants in a vacant lot on Niagara Street, located 150 feet from a residential area.
According to a Proposed Remedial Action Plan found on the DEC’s website, soil and groundwater beneath the lot at 1318 Niagara St. near Lafayette Avenue contain concerning levels of polychlorinated biphenyls, or PCBs. PCBs are an organic chemical compound used in electrical apparatuses and in coolant fluids in machinery. Exposure to them can result in adverse skin conditions and has also been linked to cancer.
In order to develop the property for commercial, residential or industrial use, the action plan states that more than 2,500 cubic feet of contaminated soil must be excavated from the property and replaced with clean soil from an off-site location. The new soil must then be covered with pavement or sidewalk.
The estimated cost of the cleanup is over $1.4 million, according to the action plan.
From Feb. 4 through March 20, the DEC accepted comments on the action plan from the public.
Anthony Lopes, an environmental engineer with the DEC and primary recipient of project-related questions, declined to comment as the DEC reviews the public comments.
The vacant lot was home to a brewery from 1909 to 1987. According to the action plan, private owners used the site for unknown purposes from 1987 to 2004. By Jeff Pawlak and Brittney Singletary

IN DEPTH: West Side street names a matter of history

Street names on the West Side in some cases reflect the country's and the city's history and in others, the whims of its political and business leaders. What's in a name? Read the full story by Sashana Campbell and Andrew Manzella.
Posted by Bengal News Editor at 11:56 AM

West Side Rowing Club Director of Boathouse Operations Miles Schwartz and Junior Program Head Coach  Justin Farrington discuss how winter has delayed the season and what it means for their athletes. This winter's high snow total and extreme cold have affected much of Western New York, but particularly its rowing scene. The club, located off of Porter Avenue, is usually on the water around this time, but has been relegated to indoor workouts until the three feet of ice on the Niagara River melts. By Angelica Rodriguez and Brandon Waz
Posted by Bengal News Editor at 9:38 AM

The Greater Buffalo United Accountable Healthcare Network is planning to expand its  primary care functions and provide a central location for its  eight-practice collaborative with a  28,500-square-foot building on 7th Street, between Jersey and Pennsylvania streets. The $3 million project is expected to begin soon, pending funding approvals. Full story by Angelica Rodriguez and Brandon Waz
Posted by Bengal News Editor at 3:01 PM 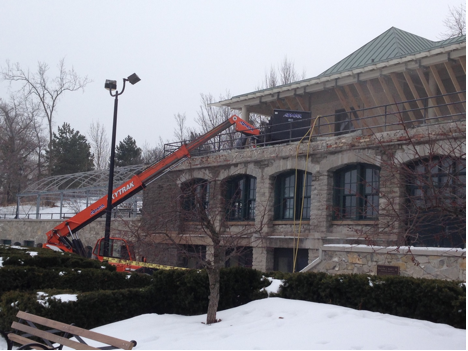