Resurgence Brewing Co. expects to use its Niagara Street site for research and development when it shifts brewing and sales to South Buffalo.
Resurgence recently announced its plans for a new location at 55 Ohio St., across town in the Old First Ward.
Anna Ellis, brewery social media and marketing manager, says the 1250 Niagara St. will be downsized and serve as the hub of innovation and research and development for Resurgence.
Resurgence’s new location will be the home to its  brewing facility, canning station, storage and distribution center.
“Having a separate location dedicated to experimenting with new beer styles and trends will allow us to bring new beers to the market at a much faster rate,” Ellis says.
The Old First Ward site  is being redeveloped by Ellicott Development Co. and will feature an open-air beer garden, distillery, rock climbing facility and apartments.
Resurgence will be in the Pattern Building, which will be the only part of the building that is going to be salvaged. The rest of the complex is planned to be demolished and rebuilt.
Resurgence also had plans for a Batavia location but will be putting those on hold.  By Zachary Huk and Terrance Young

Posted by Bengal News Editor at 10:51 AM 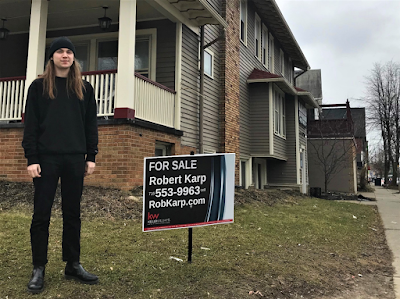