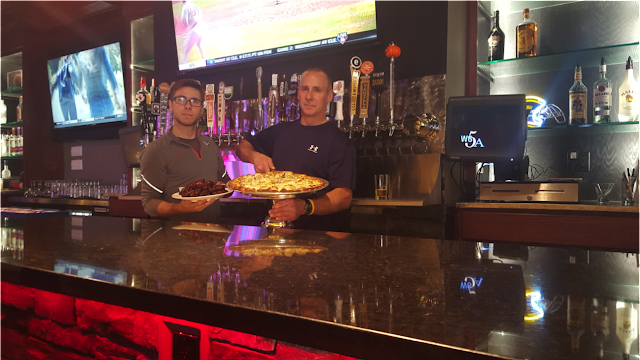 Michael A. Rizzo, and his son, Michael A. Rizzo II, present their steak & stuffed hot pepper specialty pizza along with their self-acclaimed “best barbeque wings in Buffalo.” The father-son duo recently opened Sports City Pizza Pub on the corner of Niagara Street and West Delevan Avenue on the West Side, which features 13 flat screen TVs and more than 20 craft beers on tap. After starting his business in Kenmore, the elder Rizzo moved the company to the West Side where he is originally from. Recognizing that this area of Buffalo was on the rise, Rizzo thought it would be the perfect place to offer his family’s unique services and reach a diverse population. By Franlkin Hagler and Matthew Neidhart
Posted by Bengal News Editor at 11:26 AM