The council has recently started environmental surveys for a site where they hope to build the center and are currently raising funds for it. The Cultural Institute, which is to be planned for development on the corner of Niagara and Hudson streets would be the first building of its kind in Western New York, and one that could be culturally indispensable for the West Side once it’s completed.

While the project is still in its fundraising phase, members of the Hispanic Heritage Council feel proud about the funds they’ve raised already from the City of Buffalo, Erie County, and other corporate donations, and feel confident they will be able to raise more of what they will need for the $10 million project. Casimiro Rodriguez, past-president of the Hispanic Heritage Council, is optimistic about their current efforts.

“We’ve got support from government, private, and public officials. We’ve got really good grassroots support,” Casimiro said. “We have consultants working on the business sustainability plan. We have architects working on the conceptual drawings of the facility, inside and out. We’ve got a team of folks working to make sure that this becomes a reality.”

Manny Lezama, the capital campaign chairperson of the Hispanic Heritage Council, believes that the Institute, once completed, will be a place where people of all ages will be able to be educated and entertained.
“We have a place where people can actually go,” Lezama said, “and not just young-adults. We have seniors, we have veterans who can go over there and utilize that center to better themselves in many ways.”

The building is intended to be environmentally conscious, and some of its interior spaces proposed will include a museum, an art gallery, a café, a gift shop, a performing arts theater, activity space, learning labs, and even television and radio stations. The Hispanic Cultural Council also made great care to thematically time the opening of the institute to be during Hispanic Heritage month in 2022, which takes place from Sept. 15 through Oct. 15.

The decision to build the institute on the West Side was also strongly taken into account, due to its diverse cultural demographics, as well as its proximity to the U.S.-Canada border. While the institute would largely be showcasing Hispanic and Latin cultures, the council is aiming to make it a place where people of all cultures can feel welcome. Buffalo Councilman David A Rivera is optimistic about this notion.
“It’s a cultural center where people can go, not only for my community but they’re opening up to other communities as well on the city’s West Side,” Councilman Rivera said.
Rodriguez also emphasized that an institute such as this would be critical in being able to tell Hispanic history for years to come.
“Every day is a new day for history in our community, and we don’t want to lose any of that,” Casimiro said.

The city of Buffalo has always been able to be enhanced through multiculturalism, and this proposed institute looks to be a reminder that we all have histories that we can be proud of, and they make our communities and ourselves better as a whole.

Since the start of the pandemic, we have seen people lose their jobs left and right, leaving people and their families with little to no income. What this means is they might not be able to afford the simple needs such as food, water, and clothing. Organizations like the Salvation Army here on the West Side can give families a little relief. 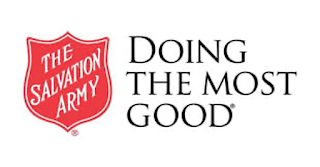 Having an organization like the Salvation Army also heavily depends on the support of the local community. If people were to simply stop donating food and clothes, for example, people who rely on that center would be in trouble.

“We partnered with FeedMore WNY to take food to the communities most in need, setting up a drive-thru type system where cars pulled up, popped their trunk, and we’d load bags of food,” Krajna said.

Besides seeing an increase demand for in necessary items, the center has a workforce development group that is, Krajna said, seeing an uptick in clients needing updated resumes, high school equivalency classes and specific training.

“Funds and financial support are needed more than ever,” Krajna said.

If that isn’t hard enough, it’s almost December, which means a busy Christmas season for the Salvation Army. Many children look forward to Christmas because of all the toys they get to play with. Many kids face the fact that they might not be getting anything because their family simply can’t afford to.

“This Christmas we are preparing to serve 1,000 families with needed toys for their children,” Krajna said.

The American Red Cross on the West Side has also been busy keeping up with the demand of COVID-19. Though they are a donation center for blood and plasma, their mission of supplying donated blood does not stop because of a pandemic.

“We support collection and distribution of convalescent from individuals who are fully recovered from COVID-19 to help with treatment for the most seriously ill patients,” said Katie Potter, external communications manager at American Red Cross.

Posted by Bengal News Editor at 3:27 AM

Farms find high demand for their harvests during COVID

Due to raising COVID-19 cases,  Gov. Andrew Cuomo had announced a restaurant restriction that requires all restaurants to close at 10 p.m. With this second wave many businesses must continue to adapt to this new way of life, until things get back to normal. However, a business that seems to thrive is the farming business.

Jeanette Koncikowski , executive director of  Grassroots Gardens said Grassroots is one of the few businesses that has been very fortune during this time. Grassroots Gardens, is an organization with over 100 gardens focusing on land conservation and providing agricultural needs in places where food is scarce in Buffalo and Niagara Falls

“We saw an increase in demand and we stayed open,” Koncikowski  said. “People were very interested in gardening and worried about food this year.”

With supermarkets also closing early, farms are selling directly to consumers. Yet, according to the United States Department of Agriculture (USDA), farm businesses have experienced difficulties in production due to the labor shortages and lack of resources.

Before COVID-19, “consumer spending on food in the United States had been remarkably stable, growing by around 4 % over the previous five years,” according to  Mckinsey & Company a management consulting company that advises on strategic management to corporations, governments, and other organizations.

“Total sales were roughly split evenly between retail outlets, such as grocery stores and supermarkets and food-service companies, such as restaurants, hospitals, and schools,” according to McKinsey.

Now there is a decrease in people going to restaurants, as people are stocking up on groceries and eating at home, increasing revenue for grocery stores the month by 29% over the previous year whereas, sales plummeted at restaurants, fast-food locations, coffee shops, and casual-dining locations by 27%, according to McKinsey.

Carrie Nader, the owner of WestSide Tilth Farm, said she has experienced a decline with restaurant orders.

Nader had to postpone plans for WestSide Tilth.

“We were unable to establish a farmer’s market, as planned for 2020. This is something we will move forward with in 2021” Nader said.  “We’ll include local vendors and strive for our market to be a one stop shop for folks, ensuring we make all of the essentials available. We’ll also feature our artisan pizzas and local artists.”

There have been a lot of obstacles worldwide and the agricultural business is not excused.

According to The New York Farm Bureau, farms may temporarily lose employees due to COVID-19, as they may have to quarantine and recover. New York’s largest farm organization is looking for “willing and able people to become potential employees” through a Farmers Relief Program.

Grassroots Gardens also implemented a program in response to the COVID-19.

“The Freedom Gardens initiative, founded by long--time Grassroots Gardener, Ms. Gail Wells, is designed to inspire resilience and independence for Buffalo residents most impacted by coronavirus,” according to the website.

“Freedom Gardens unlike the community gardens where people go and share a plot of land, Freedom Gardens brings the garden to people’s homes,” Koncikowski said. “We together built and delivered 50 home gardens to people during the pandemic for free, so that if they wanted to grow food at home they could safely do so.”

Koncikowski  said that people cannot directly grow food in their backyard in the city of Buffalo because of the risk of lead contamination.

“It was important to be able to give people raised beds and clean soil that we brought in that was organic, so that they didn't have to worry about contaminating any food they were growing at home,” Koncikowski  said.

Another community garden, Explore and More Rooftop Garden, which sits on the rooftop of Explore & More Ralph C. Wilson Jr. Children’s Museum faced some obstacles during this pandemic.

“We have been able to incorporate some of that stuff that we grow into our programs” Rebecca Glon, museum tech specialist, said.  “We had plans on using the garden to help educate kids about responsible farming, but because of 2020 reasons we weren't able to do that.”

“Food is a human right,” she said, “and you shouldn't have to worry about where your next meal is going to come from.”