IN DEPTH: West Side figured notably in War of 1812

Often described as very brief but bitter time period, the War of 1812 is not only essential to the history of Western New York, but especially essential to the West Side. Although the area was young and developing during the time of the war, the West Side was actually home to a lot of its key events. Full story by Ebony Linzy
Posted by Bengal News Editor at 12:19 PM

After months of planning, Press Raw Foods & Juice is almost ready to open its doors to health food lovers on Grant Street.  Since moving from Horsefeathers Market on Connecticut Street, owner Esther Pica is excited to officially put down her roots on the West Side. Full story by Sean Dwyer  and Youleidy Vega
Posted by Bengal News Editor at 11:34 AM


Broderick Park is about to complete the first stage of its overhaul to commemorate its part in the Underground Railroad.
Phase II is expected to begin soon.  However, despite receiving $800,000 in funding from the City Bond Funds, additional funding is required.
Phase I, a $1.5 million project, began last Spring and includes an amphitheater, a new entrance plaza, south parking area, canal side railings, improved lighting, and a new shelter. Phase II is expected to add improvements to the interpretive center, completion of the north parking area, landscaping and the installation of the Freedom Walk.
Historical and conservationist groups came together with Matthew Mattison, assistant director of Bioregional and Urban Design at Buffalo Niagara Riverkeeper, to create a “master plan” for the park.
“The overall goal of the Master Plan is to create a park that serves as a memorial to commemorate escaped slaves' pursuit of freedom,’” said Mattison.
According to Mattison, the City of Buffalo is in the process of advertising a request for construction bids for the next phase of construction.
“Additional funding is needed, and will be pursued, to continue to implement the Master Plan in its entirety, including public art and interpretation components,” said Mattison. By Sean Dwyer and Youleidy Vega
Posted by Bengal News Editor at 12:30 PM

Beer gardens had their heyday on the West Side and elsewhere in Buffalo before prohibition put an end to them. But it looks like beer drinkers will get  another shot at them  with the opening of Resurgence Beer Co.  beer garden at 1250 Niagara St. come April. Full story by Lauren Coppola and Samantha Wulff
Posted by Bengal News Editor at 12:15 PM

Seven years after the October surprise storm, Buffalo’s trees and parks have made a full recovery, and should another surprise storm hit the city, the trees will be better prepared thanks to the Buffalo Olmsted Parks Conservancy's pruning crew. Full story by Chris Direken and Leif Reigstad

Posted by Bengal News Editor at 11:58 AM 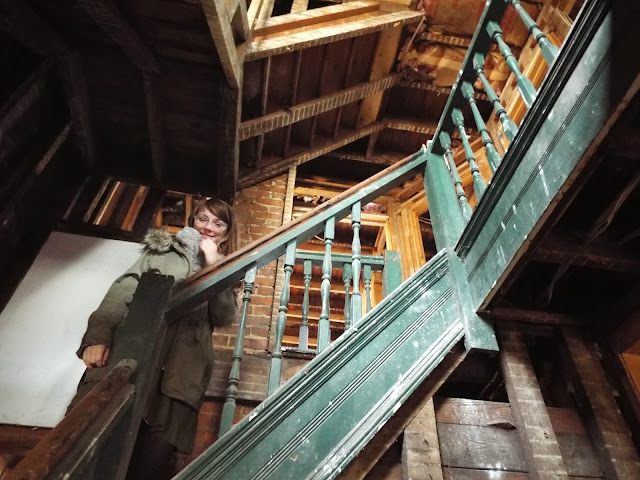 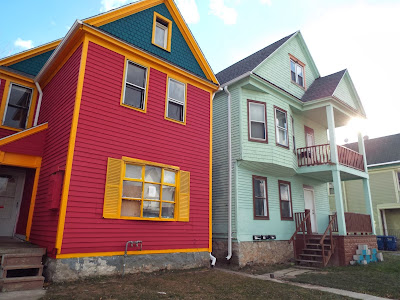 IT Garden, located at 212 Grant St., is owned and operated by Aung Kaung Myato and Mustafa Abdo. Through their fluency in six languages, they are both helping make the West Side’s computer and cell phone issues easier to understand. By Sean Dwyer and Youleidy Vega
Posted by Bengal News Editor at 12:31 PM 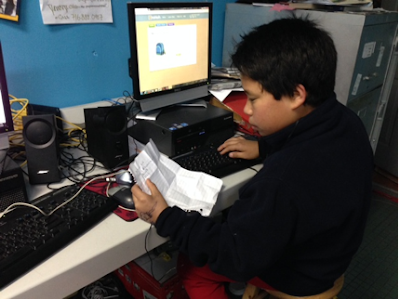 Abinash Kami,13,works on his homework during the after school program at the WASH Project, 417 Massachusetts Ave. The afterschool support program is a simple wind down from a long day, where several students receive tutoring from volunteer teachers and college students from 3 p.m. to 5 p.m., Monday through Friday. By Shanice Core and Elias Taveras
Posted by Bengal News Editor at 7:11 AM

Buffalo CarShare has its foot on the gas and is driving to expand its services to the city of Buffalo, including the West Side. The non-profit organization, which offers access to a lower-priced and environmentally friendly transportation system, recently received a $300,000 grant from the John R. Oishei Foundation to double its number of vehicles to 30 by December 2015. Full story by Caitlin Kupiec and James McDonald
Posted by Bengal News Editor at 5:06 AM

West Side part of immigration docudrama

A docudrama about immigration in Western New York during the Great Depression, with reference to the West Side, will be shown at SUNY Buffalo State’s Burchfield Penny Art Center.
The film titled, “Yesterday, Today and Tomorrow,” details the Italian-American community from 1939 to present. It was written and directed by Michael Giallombardo and Joseph Giambra. The scenes were shot around all areas of Buffalo including a special cameo of Guercios and Sons Inc. on Grant Street.
The next screening of the film will be  at 7:30 p.m. on  Dec. 12. General admission tickets are $10 each.
Mary Ann Lauricella, a promoter for the show, explained how it took four years to produce and more than 450 volunteers dedicated their time. Buffalo State College helped support this production by giving a $6,000 grant towards this film. All stories featured are told through narratives and re-enactments of real-life situations.
“So many people in the community gave their time and authentic materials. For example, a lot of interviews were done right on Buffalo State’s campus, where people provided letters that they had from loved ones who were away during World War II,” Lauricella said.
One of the directors, Joseph Giambra, 80,  encourages people to see the history that lies within their own backyards.
“There are parts of the film where people will laugh and parts where people will cry, but most importantly I want them to see all the memories that people have shared,” Giambra said.
The screenings will offer DVD copies for purchase at the end of the film. By Marybeth Calabrese and Ally Selva