Michael Basile, a spokesperson for the U.S. Environmental Protection Agency, discusses the potential behind a recent grant given to the Buffalo Sewer Authority to help clean the Niagara River. The federal grant, which comes from the EPA, totals $500,000. The grant money will be used to bolster a $380 million plan by the sewer authority to improve the city’s sewer system and reduce runoff into the river from storm drains, particularly those in urban sectors like the West Side. By Jeff Pawlak and Brittney Singletary
Posted by Bengal News Editor at 6:52 PM

IN DEPTH: Chippewa in transition after under-21 ban

Since the city imposed an under-21 ban on the Chippewa Street entertainment district in October 2012, the district has been trying to find another image. Full story by Fran McCann
Posted by Bengal News Editor at 6:40 PM

The 60-year-old Butler-Mitchell Clubhouse is about to undergo a $650,000 reconstruction project that will begin this summer and will close the facility from October until January 2015. Full story by Peter Murphy and Bill Schutt
Posted by Bengal News Editor at 11:50 AM

Construction of D’Youville College’s $3 million athletic complex on the corner of Fourth Street and Porter Avenue is underway and will feature the school's first ever-home athletic field.
The college also is  building a 4,000 square foot field house, which will feature two locker rooms, an office and a medical facility for a trainer.
The college started planning for the field about five years ago when it purchased the land where the original Ted’s Hot Dogs  restaurant used to be. It took two and half years to go through all of the environmental studies, but that sale went through in the spring, said Ed Cogan, the associate vice president for operations at D’Youville.
D’Youville separately purchased the remaining land for the field from the New York State Thruway Authority and from a homeowner who just “knocked on the college’s door one day and asked if anyone would like to buy her house,” Cogan said.
“It really kind of came together,” said Cogan.
The severe winter weather delayed the construction until mid-February for the 3.5-acre soccer, baseball and lacrosse field, said Cogan.  Despite the construction delay, the field will be completed in August. By Peter Murphy and Bill Schutt
Posted by Bengal News Editor at 3:54 PM

Tony Mecca, a member of the Niagara Gateway Columbus Park Association and a West Side resident of 35 years, describes the environmental and social impacts of the plans to expand the Peace Bridge Plaza into the site of the former Episcopal Church Home. Episcopal Church Home and Affiliates sold the seven-acre property at 1 Massachusetts Ave. to the state last June. The state is now seeking bids to demolish the existing structures with the intent of turning the site over to the Peace Bridge authority. By Angelica Rodriguez and Brandon Waz
Posted by Bengal News Editor at 9:51 AM 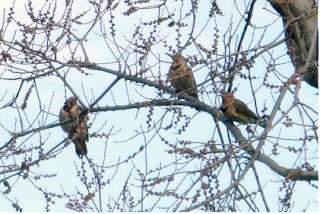 Northern flickers, right, enjoy an early spring morning at Forest Lawn Cemetery, providing plenty of fodder for birdwatchers. Those watching, below,  included, from left,  Kathy Snyder, Susan Gralak and Mary Jo Davila-Ryan, who followed tour guide and birder Dennis Gralak on a two-hour trip through the cemetery grounds April 25 as part of the recurring event “Forest Lawn is for the Birds.” The tour costs $10 and will meet at 8 a.m. on May 2, 4, 16 and 18. Binoculars are recommended. By Angelica Rodriguez and Brandon Waz 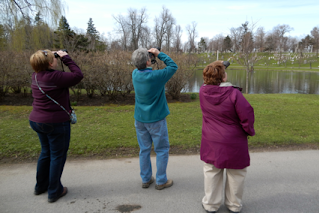 
Emily Stewart,  one of the three  owners of the Breadhive Worker Cooperative Bakery, explains the  plans for the new business, which opened April 12 at  123 Baynes St. By Peter Murphy and Bill Schutt
Posted by Bengal News Editor at 9:15 AM 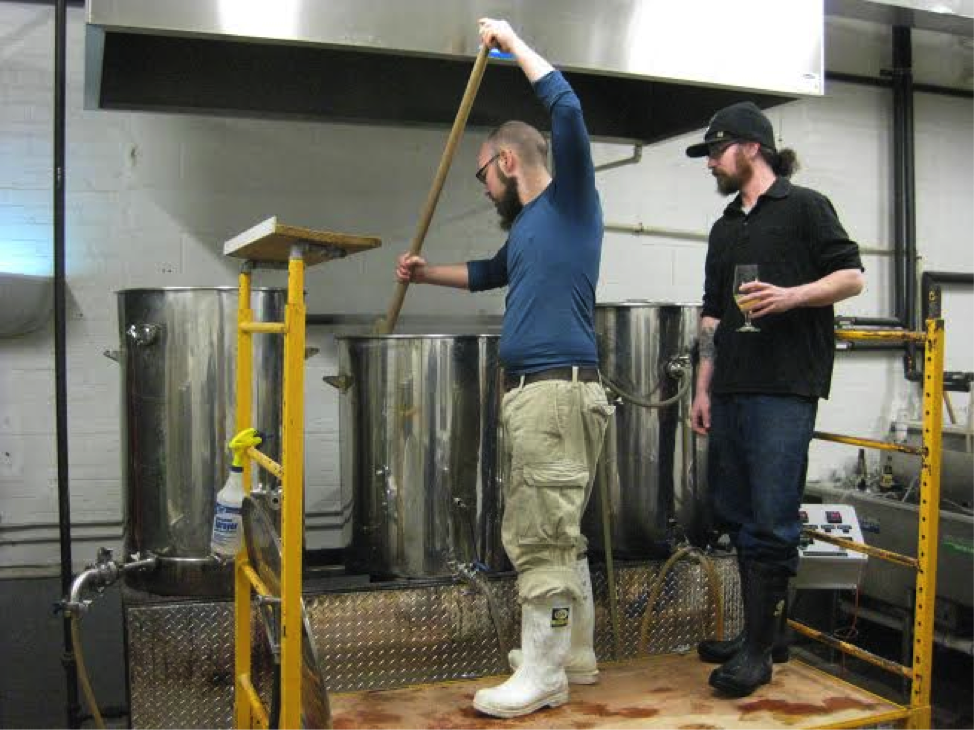 Community Beer Works employees, Robert Turley Jr., left, and Drew Hardin, right, are working together on a microbrew called the Whale, an English style brown ale. It will be the first new beer distributed for the brewery’s two-year anniversary celebrated in April. The beer is  available to customers during business hours, which are 3 p.m. to 7 p.m., Thursday through Saturday at  Beer Works, 15 Lafayette Ave.  The new beer also is expected to be  distributed to local restaurants, bars, and Consumer’s Beverages locations. By Peter Murphy and Bill Schutt
Posted by Bengal News Editor at 8:25 AM