West Side farms gearing up for market season

With the spring season rolling through, the farming season has already started taking off. West Side farmers are busy at work to make their preparations for the approaching 2021 season.

5 Loaves Farm, 70 W. Delevan Ave., is just one of the farms that have already kicked off. The farm is recognized for its commitment to producing healthy foods for neighborhood residents.

The farm’s preparation for this year can be traced back to this past winter when it began to produce its greens. Manager of 5 Loaves Farm Matt Kauffman said the harvest has begun and the farms greens can be purchases at the Massachusets Avenue market or Chandler Street market.

Last year, Kauffman noticed an increased amount of interest in the farm’s produce from the public in comparison to previous years. 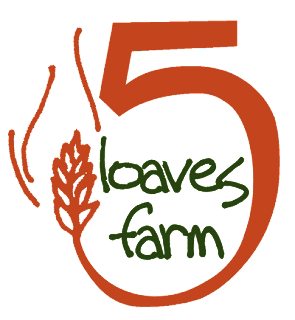 “There was a lot of interest from our customers, from our community, and local food production,” Kauffman said.

Kauffman hopes that the farm is able to keep the momentum going for this year’s season.

WestSide Tilth, 246 Normal Ave., is another farm that has started preparing for the upcoming farming season. Carrie Nader, operator of WestSide Tilth farm, believes it is super important for people to know where their food is coming from.

“It’s such an amazing opportunity to do this right in the middle of a neighborhood,” Nader said.

Kale, collards, and onions are a few of the things already being planted in the farm’s greenhouses. After only being able to have a small farm stand last year, WestSide Tilth is currently looking to get a farmers market going for this year.

“We’re going to invite a few other vendors on Saturdays, when we’re open,” Nader said.

The farmers market will be open from July through November this year.

Pizzas with homemade dough and fresh vegetable toppings, that are grown right out of the farm, will also be making a comeback after not being available last year. This time around the pizzas will be offered two days a week instead of one.

With the COVID-19 pandemic breaking out last year, there was a lot of uncertainty for Westside Tilth, Nader said. Looking back, she believes the farm could have done a lot more.

Nader is looking forward to being able to move on from last year’s farming season.  She hopes that people are starting to feel more comfortable and safer for 2021.

“I’m really excited to have some sort of sense of normalcy back,” Nader said.

Posted by Bengal News Editor at 6:16 AM