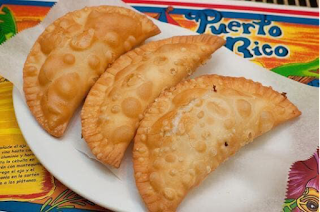 On the West Side, you will find Maria Del Carmen Rodriguez and her husband preparing and serving authentic Mexican-Puerto Rican style dishes, fulfilling their vision of one day owning a franchise.

While most businesses might be intimidated by the recent pandemic, the owners of Kiosko Latino had outgrown their space at the West Side Bazaar and dug their roots deeper into the West Side with a stand-alone shop at 345 W. Ferry St.

“We outgrew our space at the bazaar, it was getting too small for the number of people we were getting,” Rodriguez said.

Kiosko Latino is the latest graduate of the West Side Bazaar, a non-profit business incubator run by the Westminster Economic Development Initiative, which helps small businesses to become successful. After three years at the Bazaar, the Rodriguezes found success.

Rodriguez was born in New York City but grew up in Puerto Rico, where she would see many vendors selling foods in booths or kiosks. Years later, her love for cooking was fused with the culture she was raised in, and that is what she says inspired the name Kiosko Latino.

“Hispanic culture has kiosks everywhere. At the beach, town squares and curb side. Kiosks are part of the culture. This is something I have wanted to do for a long time, I love cooking,” Rodriguez said.

Three years ago, Rodriguez was referred to WEDI by a member of the Westminster Church who knew she had a desire to bring her food cooking talents to the community. WEDI provided help with her vision, business plan, financial planning, promotion and advertising.

Esperance Rwigamba , economic development specialist, who works closely with the clients at the bazaar.

“It is so good to see how businesses grow from an idea to the actual business being up, it is the reason why we are here,” Rwigamba said.

The dream of owning their restaurant came with some challenges for the Rodriguezes when COVID-19 hit the community, and all vendors at the bazaar were suspended until further notice. However, with the help of technology and the influx of driving services, Kiosko Latino found itself thriving within a few months and decided it was time to move into their building to keep up with the demand.

“For the first couple of months during the pandemic business was very slow, but then we started to get a lot of orders through delivery services like Grubhub, Uber Eats, Door Dash and Postmates.  Since then we have been so busy,” Rodriguez said.

One of the customer favorites on the menu is called the Mexican-Rican Burrito, which brings both the Mexican and the Puerto Rican flavor together.There are also vegetarian and gluten-free options.

Although we are in the midst of a pandemic Rodgriguez says she is confident from the tools she received and the continued support by West Side Bazaar and WEDI that they will achieve their goal to expanding locally and eventually nationally.