The project pledging to provide free Wi-Fi to thousands of people on the West Side that was promised to come by January will likely not be ready until late spring.
Buffalo Public Schools Acting Director of Instructional Technology Sarah Edwards says the project is just now in its early stages and that plans to have the project done by the beginning of the year were too ambitious.
“I’m honestly not sure where that goal came from,” Edwards said. “The story came out just when the RFP was awarded, which meant we were still going through the planning and contract procedures. We are trying to move forward with more concrete plans.”
The free Wi-Fi zone on the West Side will extend from West Ferry Street south to Carolina Street and extend east from Richmond Avenue to the I-190.
The project will give Buffalo Public School students access to free Wi-Fi in order to do schoolwork at home. Family members will be able to use the Wi-Fi, but there will be filters to block social networking sites and streaming services.
The project is being partially funded by a grant from the State Department of Education.
According to Edwards, the plan is to place large antennas that will amplify the school’s Wi-Fi signal to the surrounding neighborhood, on the following schools: School 3, Frank A. Sedita, Herman Badillo and Harvey Austin. The project organizers will be looking to work with businesses and community organization to put equipment on their buildings as well. By Francis Boeck and Emmanuel Rodriguez
Posted by Bengal News Editor at 1:23 PM Links to this post 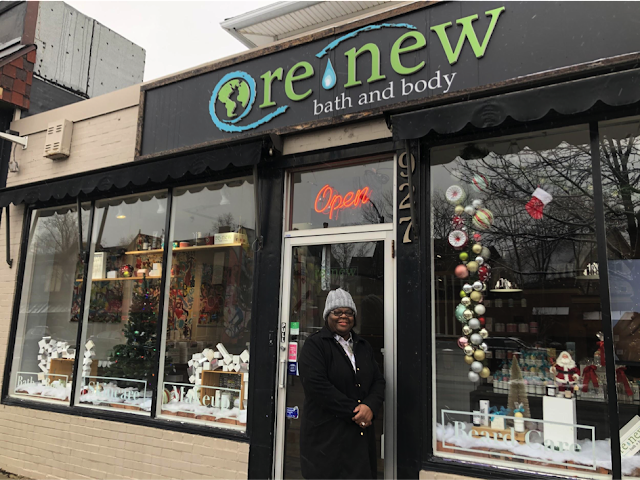 Shops all along Elmwood Avenue decorate their storefronts to attract customers during this holiday season. “The decorations went up a couple of weeks ago,” said Sandra Brown, a sales associate at Renew Bath and Body, 927 Elmwood Ave. “We were eager to get the decorations up and embrace the season.”  The Elmwood Village Association is hosting “Holidays in the Village”, on Dec. 13 and 14.  A series of events will take place, one of them being the annual tree lighting at 7 p.m., Dec. 14 at Lafayette Avenue Presbyterian Church, 875 Elmwood Ave. By Gabrielle Kime and Conner Wilson
Posted by Bengal News Editor at 12:47 PM Links to this post 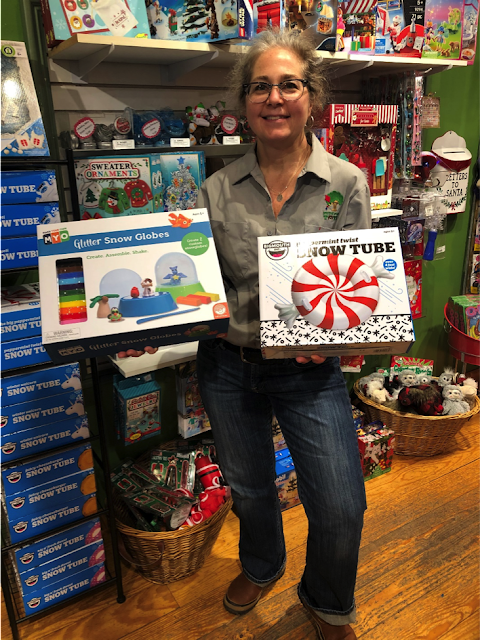 Gaetana Schueckler who is co-owner with of The Treehouse Toy Store with her husband David feels that technology can not replicate the types of toys that are personally hand-picked by for their store located at 793 Elmwood Ave. Schueckler feels that hands on play with toys such as Glitter Snow Globes and Peppermint Snow Tube should be valued instead of playing on a tablet or a phone. Playing with hands on toys can develop social skills and teach children how to share with one another. By Christian Gaffney and John Propis
Posted by Bengal News Editor at 7:11 PM Links to this post

Veith seems to be bucking a shopping trend that is shifting away from storefronts in favor of the online marketplace.
“People that do what I do with online sales that target comic books they’re the ones who spend the majority of the money because they are trying to resell, whereas an online consumer would usually buy one book and a reseller would buy comic books in bulk. Those are the people that will come to a shop like mine,” Veith said.
Prish Moran, store owner of the Sweet Ness 7 Cafe who is also the landlord of the building where Veith is renting said Veith should set and keep regular store hours.
“Be consistent in your opening and closing hours, that is the biggest thing I see with new businesses. It’s slow, so they decide to close and that is the worst thing you can do,” Moran said.
Moran also disagrees with the idea that Grant Street is not safe.
“The media and everyone has made us believe that it is unsafe here, and that's not true things happen, sure they do but they happen everywhere,” Moran said.
Renovations for Flippin’ Comics are set to complete within the next month.
Posted by Bengal News Editor at 11:21 AM Links to this post


Compass House, a shelter for runaway and homeless youth, will be hosting a Thanksgiving dinner on Tuesday, Nov. 26 for its residents and clients. Compass House will also be donating boxed Thanksgiving dinners to families in its programs. The resource center is located at 1451 Main St. and the emergency shelter is located at 370 Linwood Ave. By Gabrielle Kime and Conner Wilson
Posted by Bengal News Editor at 5:26 PM Links to this post