Holiday cheer will once again  be consuming Grant St. for the fourth  annual Peace, Love and Grant Street from 5p.m.  to 8 p.m. on Dec. 4.
Most storefronts on Grant Street are participating, and will be decorated and remain  open longer for the event. The West Side Bazaar and Sweetness 7 Café will be playing holiday music. There will be food trucks, kids’ events at the Community Academic Center, and a reindeer petting area. There will also be a “pop-up market” featuring work by local artisans & craftsmen at the Tabernacle next to Sweetness 7 Café.
All evening, there will be a free trolley transporting students from the Student Apartment Complex at SUNY Buffalo State to the event.
New this year, there will be an ugly sweater parade. Participants will parade from the West Side Bazaar, 25 Grant St., to Grant and Potomac avenues.  The person with the ugliest sweater will receive a prize.
The holiday event, which was started to increase local business on the West Side, is sponsored by Niagara District Council Member David Rivera’s office and is coordinated by the West Side Business and Taxpayers Association and the Grant Ferry Association.
Legislative Staff to Councilman Rivera, Sean Mulligan,  said businesses will be encouraged to decorate and light up their stores for the season.
“It’s a good event to come out to, and to be involved in the festive celebration of the holiday season and the work done on the West Side,” Mulligan said. “It will be fun.” By Sarah Minkewicz and Colleen Young
Posted by Bengal News Editor at 6:06 PM Links to this post

The West Side shopowners are  participating in the fifth annual Small Business Saturday, which is part of American Express’ Shop Small Movement, on Nov. 29.
The West Side has more than 100 shops participating in Small Business Saturday, which gives residents plenty of opportunities to support the economy of their own community.
Tom Akers, owner of Renew Bath and Body, 927 Elmwood Ave., is participating  for the first time, and is anticipating many customers.
“A lot of the other businesses say that their sales are three times more than usual that day,” he said.
The Shop Small Movement continues year-round, but Small Business Saturday is held specifically the Saturday after Thanksgiving to support small business shops and restaurants. In contrast to the traditional Black Friday, Small Business Saturday helps keep the focus on shopping local for the holiday season.
Some of the many small businesses participating on the West Side include Quaker Bonnet,  69 Chenango St.; Shopaholic Fashionista,  425 Elmwood Ave.; Grant Fashion, 109 Grant St. and Guercio & Sons Inc., 250 Grant St.
Customers can show support and spread the word on Nov. 29 by taking a picture and posting it to any social media platform with the hashtag #ShopSmall. To find other participating small businesses on the West Side, visit http://shopsmallnow.americanexpress.com/ShopSmall. By Laney Hill and Stephanie Vogel
Posted by Bengal News Editor at 5:44 PM Links to this post 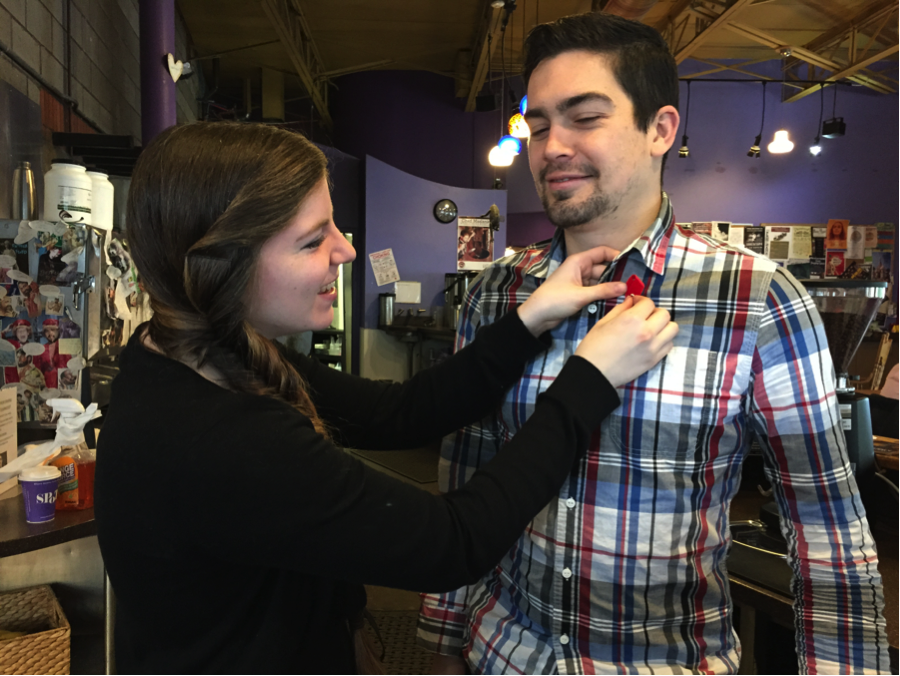 Jamie Blumrick pins a red ribbon on Spot Coffee co-worker Matt Measer to commemorate “Red Ribbon Week,” an awareness campaign for AIDS education and prevention.   The sale of red ribbons, benefiting Evergreen Health Services, begin on World AIDS Day, Dec.  1, and culminates on Dec. 5 with a Day of Remembrance ceremony at Evergreen Commons, 262 Georgia St.  “We’re all here on a mission to help and treat everyone no matter their status,” said Aaron Pry, director of administrative operations at Evergreen Health Services. In addition to downtown Spot Coffee locations, red ribbons will be available at Buffalo CarShare and Medaille College, as well as the Evergreen Health Services building, 206 S. Elmwood Ave.  By Taylor Gesel and Nate Smith
Posted by Bengal News Editor at 3:18 PM Links to this post

Shop owner Susan Morreale  displays a line of products that will be sold at Her Story Boutique, located at 779 Elmwood Ave.,  during the annual Black Friday Boutique Crawl, beginning at 9 a.m.  Nov. 28.  This event is one of many that will be hosted by the Elmwood Village Association to increase the number of local shoppers this holiday season. Before shopping, participants will receive a boutique crawl punch card and a map of Elmwood Village. Participants will get their cards punched at each participating shop, and those who complete the crawl will be entered in to win gift baskets from the various participating stores. Some of the participating shops, including Her Story, will have special deals for customers that day. By Ryan Gilliam and Nicole Montanino

Posted by Bengal News Editor at 2:29 PM Links to this post

Michelle Holler, manager at the West Side Bazaar, 25 Grant St., said it will take part in many different events during the holiday season. One of those events is Small Business Saturday, held Nov. 29. The bazaar’s food vendors will be sampling food from all over the world, while the clothing vendors will hold special sales. Then, for the annual Peace, Love and Grant Street event on Dec. 4, the bazaar will host a live band. Though the bazaar houses many different ethnic groups who have their own traditions, Zelalem Gemmeda, owner of Abyssinia Ethiopian Cuisine, explained that when she lived in Ethiopia, her family still celebrated Christmas. She said that the center of their Christmas celebration is more spiritual than the American traditions. By Andrea Chevalier and Lucy Lopez
Posted by Bengal News Editor at 12:45 PM Links to this post

Beginning in November, charities such as food pantries see an increase in donations. However, the volume of donations drops dramatically in January, even though officials at local food pantries say hunger does not end with the holidays. Full story by Autumn Evans and Melissa Zimmermann
Posted by Bengal News Editor at 11:56 AM Links to this post

Urban Roots, 428 Rhode Island St., will begin its fifth annual Living Tree Donation Program this week. Residents can choose from nine spruce and fir varieties, with their roots intact, from $60-$75 and use them in their homes for 10-14 days. The living tree can then be replanted in the buyer's yard or returned to Urban Roots for reforestation.  All returned trees will be donated to Buffalo Olmsted Parks, Grassroots Gardens of Buffalo, or Buffalo Niagara Riverkeeper. Urban Roots employee Claire Collie, left, helps care for the gardening center's living trees. By Laney Hill and Stephanie Vogel

Posted by Bengal News Editor at 11:30 AM Links to this post 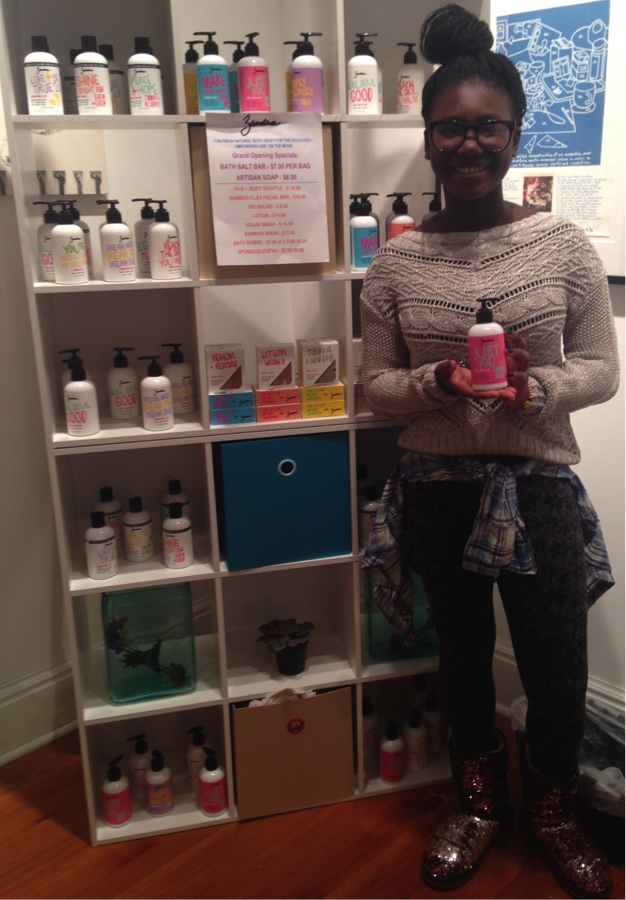 Construction has started on Fort West, a new independent learning center, located on the corner of Albany Street and West Avenue.
The project, an offshoot of education non-profit, Practical Play, will house programs that focus on learning life skills.
“(It would have) the fundamental learning experiences of humanity, food, music, culture, building stuff, mechanics,” said David Harter, 29, program facilitator at Practical Play and building owner. “The things people like to learn about, that's the infrastructure that I'd like to see here.”
Harter bought three abandoned houses at the site two years ago. He plans to use two of the buildings for Fort West, while the third will become an apartment complex. Since then, he’s spent a year and a half on what he calls emergency stabilization, including replacing rotted out structures and outdated electrical wiring and repairing holes in the floor.
"You have to tear stuff down before you can start to rebuild,” he said. “It's like a garden, you can't make a garden without tilling the soil."
Now, he and volunteers from Practical Play and around the community are focusing on construction to transform the building into Fort West.
Funds for the approximately $280,000 project come from Harter’s personal savings and from donations. Most of the work being done by volunteers, though Harter hires outside contractors when building codes require it.
He said he hopes to have Fort West completed in three years, though he expects the apartments to be ready in the spring. By Autumn Evans and Melissa Zimmermann
Posted by Bengal News Editor at 9:11 AM Links to this post

As training begins for the coming Buffalo Golden Gloves tournament, Rick Diaz, owner of the Westside Boxing Club, 164 W. Ferry St., balances his amateur fighters’ career aspirations with his new recruits' excitement to step in the ring. Whether it’s teaching sportsmanship, promoting a healthy lifestyle or coaching self-defense tactics, Diaz and his volunteers model their gym around a positive learning environment. Battling the stereotypes that come with the violent nature of boxing, Diaz pulls from his past fighting and military experience to instill in each student life lessons to help them both in and out of the ring. By Taylor Gesel and Nate Smith
Posted by Bengal News Editor at 7:49 AM Links to this post

East and West come together in schools

The Ferry Street Corridor Project is using art and history to help find common ground between Lafayette High School and the Buffalo Academy for Visual and Performing Arts and the communities in which they are located. Full story by Andrea Chevalier and Lucy Lopez
Posted by Bengal News Editor at 7:57 AM Links to this post


Customers craving South Sudanese Cuisine or soul food are dining out at the Taste of Africa/Soul Food, the newest vendor at the West Side Bazaar, 25 Grant St. Michelle Holler, manager of the bazaar, says that the new vendor, who moved into the small business incubator about five months ago, is attracting customers for the unique spices, cooking style and menu options they offer. Nadia Leone, employee of Taste of Africa/Soul Food, said she enjoys socializing with customers and that they seem to be satisfied with the food. The bazaar is open from 11 a.m. to 7 p.m., Tuesday-Thursday; 11 a.m. to 8 p.m., Friday and 10 a.m. to 8 p.m., Saturday. By Sarah Minkewicz and Colleen Young
Posted by Bengal News Editor at 6:02 PM Links to this post

The Community Foundation for Greater Buffalo is targeting West Side neighborhoods in an effort to rid Buffalo houses of lead.
The Wipe Out Lead campaign, in combination with a $3.4 million federal lead remediation grant, is using social media and text messages to educate residents on the risks of lead poisoning.
“Texting is a much easier medium to talk to people about lead awareness,” said Tracy Preston, community foundation liaison to the Erie County Health Department.
The Grow 716 texting system provides lead-education information, including safe work practices, lead poisoning discussion and home lead hazard protocols.
One-third of all lead poisoning cases in New York State, outside of New York City, are reported in nine of Buffalo’s zip code regions, including the three West Side zip codes.
Asthma, one of the primary symptoms of lead poisoning, is the leading cause of absenteeism of children in school.
By reaching West Side residents, the foundation hopes to promote discussion on the health hazards of lead and push concerns to the texting system.
The Wipe Out Lead campaign will continue through the Thanksgiving holiday, and the texting service will continue after the campaign ends.
Text ‘LEAD’ to 877-877 to access Grow 716. By Taylor Gesel and Nathaniel Smith
Posted by Bengal News Editor at 11:03 AM Links to this post 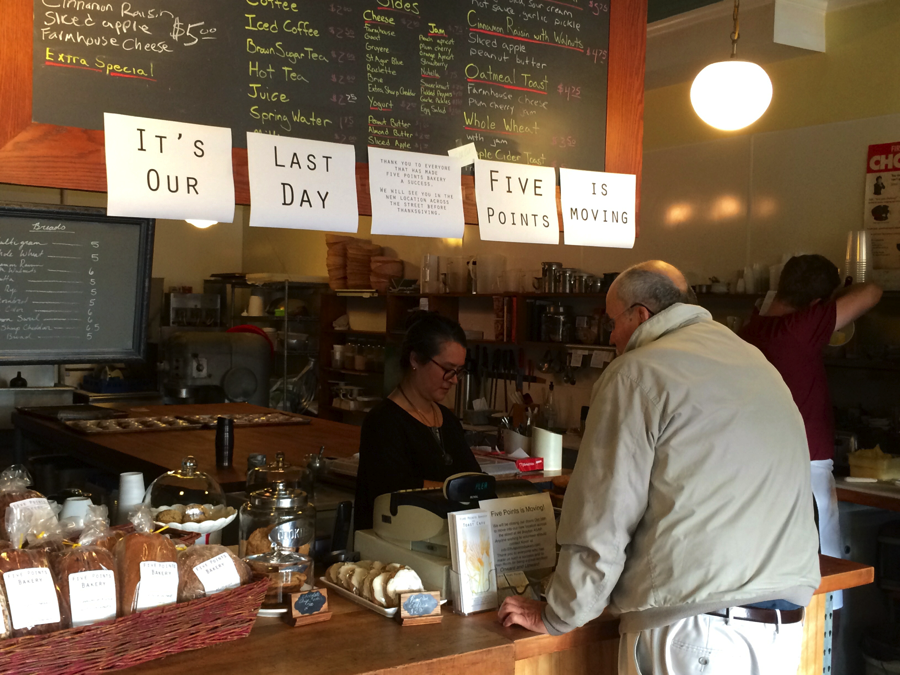 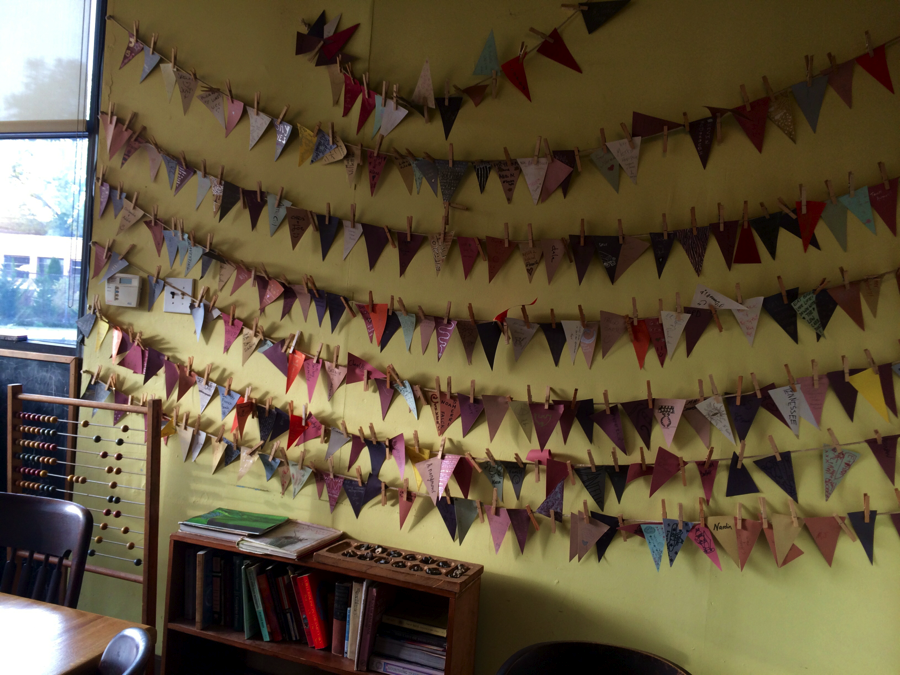